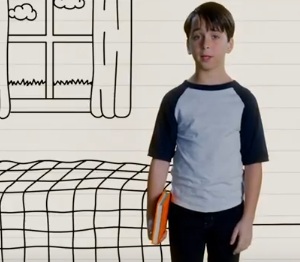 This summer, Greg from the Diary of a Wimpy Kid film series becomes a rebel in the upcoming feature film The Long Haul.

Based on Jeff Kinney’s book of the same name, Diary of a Wimpy Kid: The Long Haul is a sequel to Diary of a Wimpy Kid: Dog Days, the action taking place one year after the events of Dog Days and follows Greg as he goes with his family on a road trip for his grandmother’s 90th birthday, and changes the GPS destination to go to a nearby gamer convention.

The original cast members from the first three films will not be reprising their roles, making this the first film to feature an entirely new cast, namely Jason Drucker as Greg, Owen Asztalos, Charlie Wright, Alicia Silverstone, Tom Everett Scott, Wyatt and Dylan Walters, Chris Coppola, Joshua Hoover, and others.

The film will be released on May 19 in the US and on June 2 in the UK.

The trailer released for the film features Pitbull’s single “Freedom” from his 2017 “Climate Change” album and
the 1996 single “Wannabe” of English pop girl group Spice Girls, which is performed by Greg’s family in the car, while they’re on their road trip.