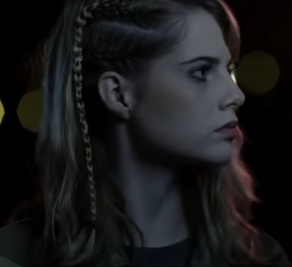 Don’t Knock Twice is an upcoming horror film about a mother desperate to reconnect with the troubled daughter, who becomes embroiled in the urban legend of a demonic witch.

Written by Mark Huckerby and Nick Ostler and directed by Caradog W. James, the film follows Jess, an artist willing to reunite with the daughter she has placed into foster care nine years earlier and that has been marked by a malevolent force which threatens to destroy their chance to become a family again. This family-oriented horror film, Katee Sackhoff, Lucy Boynton, and Javier Botet, offers unique twists along the way. Its premiere took place at the UK-based Raindance Film Festival. The release in the US is scheduled for February 3.