2017 Movies: Everything, Everything (Trailer Songs) 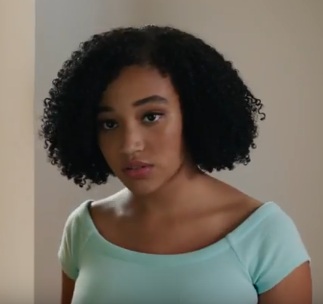 2017 Movies: Everything, Everything – Amandla Stenberg

Everything, Everything is an upcoming drama film about a teenage girl who risks her life to see the world together with the boy she has fallen for.

Adapted from the best-selling book of the same name and directed by Stella Meghie, the film revolves around young Maddie, who’s housebond because she is allergic to almost everything. Her life, quite plain as she used to see only her mother and a nurse, changes when a boy moves in next door.

The trailer reveals quite much, starting from the bond the two teenagers form and continuing with the way he encourages her to pursue her dream of seeing the ocean. “Dear mom, I know staying in this house keeps me alive, but this isn’t living. I want to experience everything, everything” – are the lines Maddie writes for her mother before going outside to find out if she is truly sick.
The film, starring Amandla Stenberg, Nick Robinson, and Anika Noni Rose, is scheduled to be released this spring, on May 17.

The songs used in the trailer are “Human Touch” by the Australian singer-songwriter Betty Who from her 2017 album “The Valley” and “Runnin’ (Lose It All)” by Naughty Boy feat. Beyoncé and Arrow Benjamin.