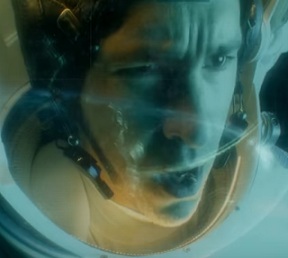 Sony Pictures has released the official trailer for the upcoming sci-fi thriller Life, starring Rebcca Ferguson, Jake Gyllenhaal and Ryan Reynolds. Moreover, a 30-second spot promoting the film has been created for the Super Bowl.

Directed by David Espinosa, the film follows a team of six scientists aboard the International Space Station who encounter a dangerous and intelligent alien threat, responsible for causing extinction on Mars. The trailer starts with John F. Kennedy giving a speech as follows “No man can fully grasp how far and how fast we have come. There is no strife, no prejudice, no national conflict in outer space as yet. Its hazards are hostile to us all. Its conquest deserves the best of all mankind. And its opportunity for peaceful cooperation may never come again”. It also shows how the crew discovers the first proof of life beyond Earth and how the form of life on their ship kills one of them, leaving the others fighting for survival.

The promo that will run during the Big Game features the message “We were better off alone” and Gyllenhaal’s character asking “What’s going on?”.

The film, starring also Hiroyuki Sanada, Ariyon Bakare and Olga Dihovichnaya, is scheduled to be released in the US on March 24.