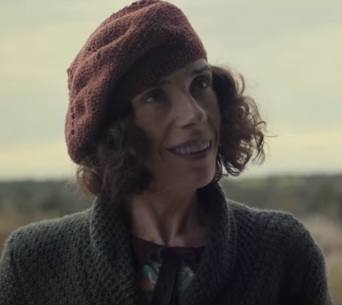 The Irish-Canadian drama film, directed by Aisling Walsh, tells the story of the arthritic artist who overcame her physical disability to become one of Canada’s most famous folk artists, and Everett Lewis, the fishmonger she worked for as a live-in housekeeper, who later became her husband. The trailer shows how her passion for painting turned her into a local star in Nova Scotia, with dozens of people coming to buy her work of art, after a woman’s act of encouragement, who offered first to buy one of Maud’s paintings.

Maud, starring also Ethan Hawke, Kari Matchett, Gabrielle Rose, and Zachary Bennett, had its world premiere at the 2016 Telluride Film Festival and will hit the US theaters on June 16.