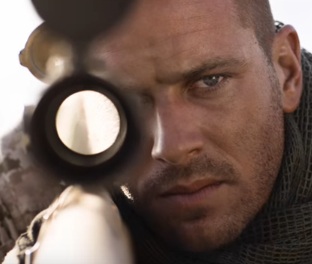 The trailer for military thriller Mine, originally titled Land of Mine, has been released, announcing the launch in the US theaters.

The film, written and directed by Fabio Guaglione and Fabio Resinaro, revolves around Mike Stevens, a U.S. soldier who, finding himself stranded in the desert after a failed mission, with a foot on a land mine, must lead a battle for survival, fighting against enemies, against the unforgiving environment, and the psychological toll of his situation, until he receives help.

The film was released in October 2016 in Italy and is due to hit the US theaters this spring, on April 4.