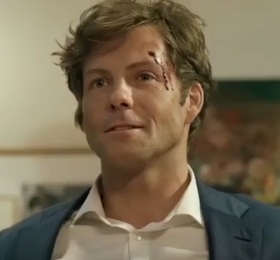 This summer, Money comes and turns your life upside down. The American thriller, which marks the directorial debut of Martin Rosete, one of Spain’s most talked about short films and commercials director, is all about money, captor and captives.

The film revolves around two young businessmen, Sean and Mark (Jesse Williams and Kellan Lutz), who about to get away with $5 million in ill-gotten money, and an uninvited house guest, John (Jamie Bamber), who knows their plan and makes everything he can to shatter it. The trailer, carrying the message that there are two things wrong with money: too much or too little, features how John shows up at Mark’s house and asks the two partners to bring him, in three minutes, the money he’s come for, threatening that he will cut Sean’s fingers one by one in case his request is not met. This leads to a cat-and-mouse deadly game, with plenty of reversals and violence, including though decisions to make and a though choice to make for one of them: money or life.

The song used in the trailer is Kanye West’s single “Can’t Tell Me Nothing”, from the 2007 album of the same name.