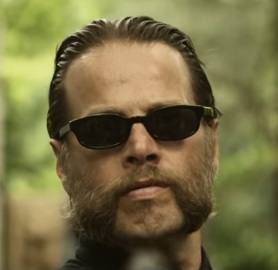 From the filmmakers who brought you The Innkeepers and The House of the Devil comes, this year, Stray Bullets, a crime drama film about two teenagers who find three armed criminals in the abandoned trailer that belonged to their father.

Stray Bullets had its world premiere at the Oldenburg Film Festival, and is scheduled to be released in the US theaters on February 10.

The trailer, featuring the famous “Ave Maria”, shows Fessenden and Spurlock’s characters as they stumble into the clutches of the three gangsters, without revealing too much of what happens in the film, besides the thugs shooting, and the two teenage boys running for their life.