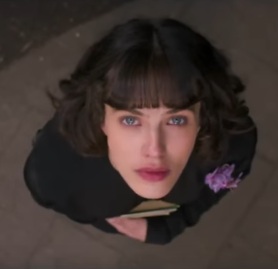 Written and directed by Simon Aboud, the film revolves around young Bella Brown, who forms a strong relationship with the man she considered her nemesis: Alfie Stephenson, her grumpy, rich old neighbor, who made a complaint to her landlord regarding her neglected garden.

The trailer reveals that Bella, summoned to rehabilitate the garden in one month, gets down to work and, in the process, is help by Alfie, who happens to be an amazing horticulturalist. While the latter turns into her mentor, she also finds a young man whom she falls in love with.

This Beautiful Fantastic, starring also Tom Wilkinson, Andrew Scott, Anna Chancellor, and Jeremy Irvine, is scheduled to be released in theaters on March 10.