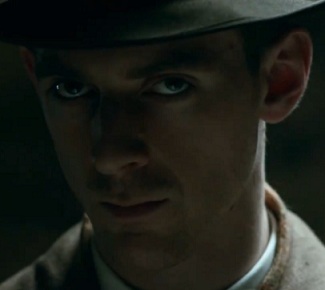 “In a country under hostile occupation, how do you do the right thing if you’re on the wrong side?” – this is the question raised in the trailer for the new alternative-history thriller SS-GB, created by Len Deighton and scheduled to premiere on BBC One later this month.

The new five-part series, based on Len Deighton’s critically acclaimed novel of the same name, is set against a Nazi occupied London, and shows what life would have been like if the Axis powers won the Battle of Britain (with Prime Minister Winston Churchill executed and King George VI held in the Tower of London). The cast includes Sam Riley as police detective Douglas Archer, whose life turns upside down when he follows up a routine murder case and discovers a secret underworld of British atomic weapons that are pursued by the German military intelligence service, Kate Bosworth, James Cosmo, Rainer Bock, Jason Flemyng, and others.

The trailer features the song “Human”, performed by the British singer-songwriter Rag’N’Bone Man (Rory Graham by his real name), from his 2017 album “Human”.