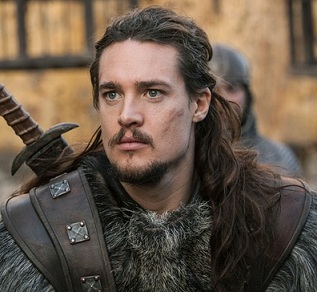 “If your family was murdered, if your land was taken from you, would you run from your past? Or fight to take it back?” – this is the question raised in the trailer for the second season of The Last Kingdom.

The critically acclaimed drama returns on BBC Two this spring, with new challenges for warrior Uhtred, who continues his fight for his native land of Northumbria. Uhtred, who has given his sword to King Alfred, embarks on a quest to avenge Earl Ragnar’s death and recapture his ancestral lands. With Alexander Dreymon in the leading role, the series stars also David Dawson, Ian Hart, Emily Cos, Tobias Santelmann, who will be reprising their roles from the first series. The cast is joined by new members, including Millie Brady, Peter McDonald, Thure Lindhardt, and Richard Rankin.

The promo released by BBC features Dreymon running across a field and then stopping, taking out his sword and shouting, to end with the onscreen line “The Last Kingdom returns this spring”.