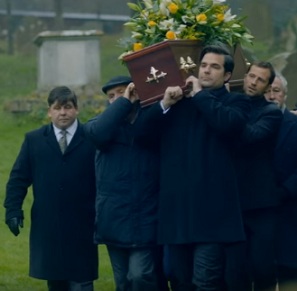 Channel 4 has released the trailer for the third season of Catastrophe, scheduled to premiere on Tuesday, February 28, at 10pm.

The award-winning British sitcom, created by Rob Delaney and Sharon Horgan, follows Rob Norris (Rob Delaney), a Boston-based ad executive, and Sharon Morris (Sharon Horgan), an Irish school teacher, who started their relationship after she fell pregnant following a brief affair while he was in London on a business trip.

The trailer reveals that Sharon gets a promotion after someone’s death, and that Rob starts going at the gym because, “on the top of everything”, he’s fat.