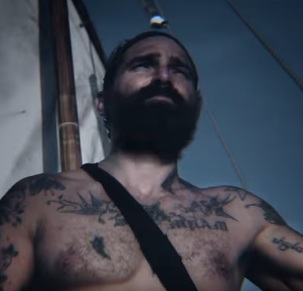 Channel 4 has released the trailer for the upcoming series Mutiny, a unique project which recreates one of the most remarkable acts of seamanship.

Nine men take on the challenge to replicate the feats of Captain William Bligh and his crew in 1789, when they were rebelled against on their ship the Bounty and cast adrift in a small boat on the Pacific Ocean. The crew, including sailors and other professionals, such as carpenters, will navigate through storms, reefs and mysterious islands to get themselves supplies, using a replica 23ft open wooden boat, complete with similar levels of equipment and provision. Throughout their journey, from Tonga to Timor, they will also use the 225-year-old diary kept by Bligh as a survival handbook.

The role of Captain Bligh has been assumed by Anthony Middleton, who will lead the expedition. The trailer, featuring images of the nine men on the boat, does not reveal the premiere date.