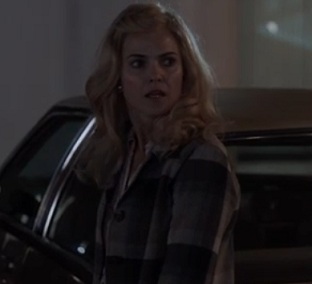 The Americans returns to FX this spring, with its fifth season.

The hit drama series, the most critically acclaimed series on television, described as “the best show on television”, and nominated for 10 Emmy Awards, revolves around Philip and Elizabeth Jennings, two KGB spies in an arranged marriage, who are posing as Americans in suburban Washington D.C. shortly after Ronald Reagan is elected president.

The couple have two children, Paige and Henry, who are unaware of their parents’ true identities until they tell Paige after some time has passed.

The upcoming season, consisting of 13 episodes, will see Philip and Elizabeth on an operation unlike any they’ve ever had before, which will strain their family and marriage to its limits. Moreover, the two struggle to contain the risks from Paige’s growing relationship with Matthew Beeman. The trailer features Paige saying to her parents that she has nightmares, and her mother showing her how to fight so that she could protect herself.

The fifth season is scheduled to premiere on March 7 and to air on Tuesdays, after having aired on Wednesdays for its first four seasons. A sixth and final season, consisting of 10 episodes, is scheduled to air in 2018.