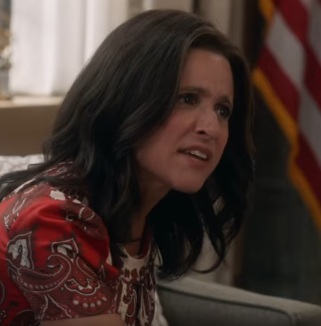 “Not all legacies are created equal” – this is the message of the teaser trailer released for the sixth season of Veep.

The American political satire comedy created by Armando Iannucci, starring Julia Louis-Dreyfus as Selina Meyer, a fictional Vice President (and subsequent President) of the United States, returns to HBO this spring, on April 16, at 10:30 pm, with ten new episodes. After having lost the presidential race in season five, Meyer attempts, together with her team, to make a mark and leave a lasting legacy without getting tripped up in the day-to-day political games that define Washington, D.C.

The song used in the teaser trailer is the single “Black Sheep” of the New Zealand singer-songwriter Gin Wigmore, from her 2011 “Gravel & Wine” album.