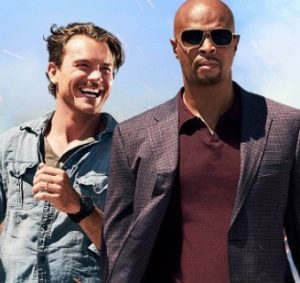 ITV has released the trailer for the hit US TV series Lethal Weapon, scheduled to premiere on the British channel this March.

Based on the movie franchise of the same name, the comedy drama series features Damon Wayans and Clayne Crawford as the unlikely cop duo Roger Murtaugh and Martin Riggs, who fight crime in Los Angeles.

Riggs is an ex-Navy SEAL who moved to California in search of a new start at the LAPD after his wife and their unborn child died, and Murtaugh is a senior LAPD who returns to the force after recovering from a near-fatal heart attack.

Lethal Weapon, picked up for a full season of 18 episodes, premiered on Fox in September 2016.
The song used in the trailer is “The Ecstacy of Gold” by Ennio Morricone.