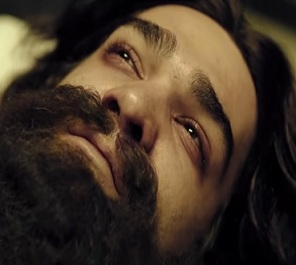 Johnny Frank Garrett’s Last Word is a supernatural thriller about a young man executed for committing murder, who leaves behind a curse letter in which he promises to exact revenge on all those connected to his trial.

Based on a true story and Jesse Quackenbush’s 2008 documentary, the film, directed by Simon Rumley, revolves around Johnny Frank Garrett (played by Devin Bonneé), who was supposedly wrongly convicted, in 1982, of the rape and murder of a nun, and wrote, on the day of his execution, in 1992, a letter declaring vengeance on all those involved. The film follows also one of the jurors skeptical about Johnny’s guilt trying to find out who was the real killer of the nun in order to save his son, who’s next on Johnny’s list.