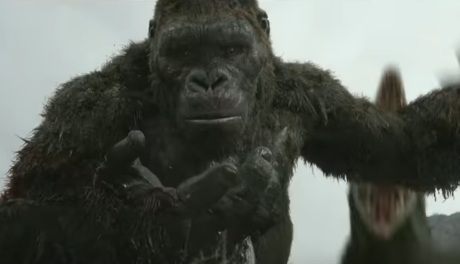 Titled “Rise of the King”, the trailer features the team of explorers and soldiers as they embark on the dangerous
quest of travelling to an uncharted island in the Pacific and the moment they see “a monkey”. Unaware that they are crossing into the domain of monsters, including the mythic Kong, the team members soon find themselves face to face with Kong, and their scientific expedition turns into an explosive war.

The song used in the trailer is “We Gotta Get Out Of This Place” by the English band The Animals, from their 1965 “Animal Tracks” album.