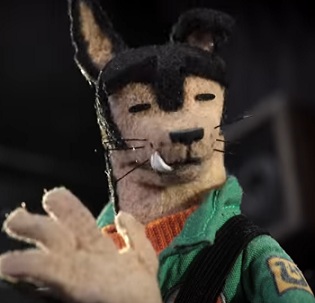 Netflix has released the official trailer for its upcoming stop-motion TV kids series Buddy Thunderstruck, about a semi-truck racing dog.

The show, created by Ryan Wiesbrock and produced by American Greetings Entertainment and Stoopid Buddy Stoodios (the animation studio behind Robot Chicken), revolves around Buddy and his albino ferret mechanic, who live down in race-obsessed Greasepit, a place full of larger-than-life characters and nitro-burning, gear-slamming, tire-squealing, fish-tailing good times.

The first season will be released on the streaming service on March 10.
The trailer, featuring a rock voice singing “I’m so close right now”, shows Buddy, who’s “all speed and no limits”, winning a difficult race, stating – before a new challenge – that he refuses to lose, and that no one’s faster than he is.