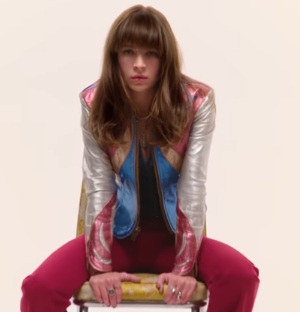 Netflix has released a teaser for its upcoming comedy original series Girlboss, about the founder of the fashion brand Nasty Gal, scheduled to launch this spring, on April 21.

Based on Sophia Amoruso’s best-selling book of the same name, the new TV show, created by Kay Cannon, follows Sophia, who started out by selling vintage clothes on eBay and managed to build, by the age of 28, the fashion empire Nasty Gal. With Britt Robertson in the leading role, Girlboss stars also Ellie Reed, Alphonso McAuley, Dean Norris, and Johnny Simmons.

The song used in the teaser, featuring Britt Robertson showing off some dance moves, is “A Yo” by Reina Williams, a New York-based musician who has composed and produced over 75 custom songs and music cues for various TV shows and movie trailers.