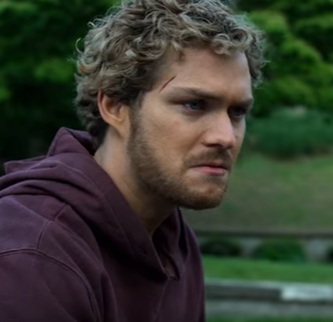 Netflix has released the official trailer for its upcoming original series Marvel’s Iron Fist, scheduled to launch on March 17.

The new TV show created by Scott Buck, based on the Marvel Comics character of the same name, follows Danny Rand, a young man who returns to New York, fifteen years after being presumed dead in a plane crash (like his parents, who actually died in the respective crash, when he was only 10-years-old), to reclaim his birthright and family company, Rand’s Enterprises. Facing an enemy threat, he – who is not a simple man anymore, but a Buddhist monk and martial arts expert, with the ability to call upon the power of the Iron Fist, must choose between his family’s legacy and hi duties as the Iron Fist.

With Finn Jones in the leading role, the series stars also Jessica Henwick as an ally of Rand, David Wenham as a ruthless corporate leader who was partners with Rand’s parents at the time of their deaths, Jessica Stroup, Tom Pelphrey, Michael Maize, Carrie-Anne Moss, and others.

The trailer starts with Jones’s character showing up barefoot at his family’s company and recurring to force to get to Wenham’s office, and continues with him revealing that he’s been training his whole life for “this”, which is confronting his long-destined enemy. “This is my destiny”, he reveals, while the promo carries the message that “the final defender arrives”. The track used in the trailer is “I’m A Dragon” by Apashe feat. Sway.