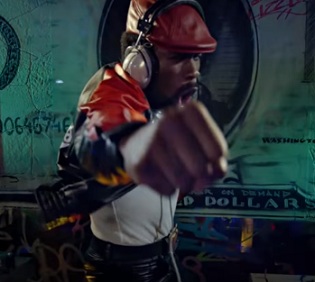 Netflix has released a teaser trailer for the second season of The Get Down, announcing that it will launch on April 7.

The hip-hop history series created by Baz Luhrmann and Stephen Adly Guirgis, which is supposedly one of the most expensive undertakings the streaming service has ever attempted (with a $16 million-per-episode price tag), is a mythic saga of the transformation of 1970’s New York City, told through the lives and music of a ragtag crew of teenagers from South Bronx.

“We’re going to take that music from minor to major league” – says a male voice in the trailer, featuring people dancing in a club, dancers showing off dance moves on a scene, a man on a motorcycle, a choir of female singers all dressed the same, and an Afro-American DJ mixing and doing boxing moves.