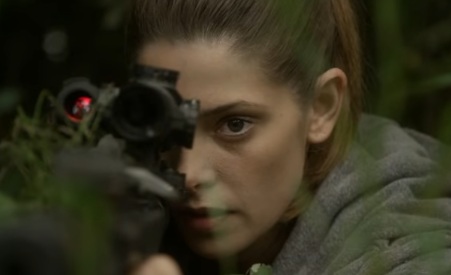 After the teaser trailer released a month ago, Audience Network has released the trailer for the fourth and final season of Rogue, with the same tagline: “No good deed goes unpunished”.

“I’ve done a lot of things I’m not proud of. Things I wish I could take back. I have skeletons”, says Cole Hauser’s character, Ethan Kelly, who’s going back to San Francisco to seek redemption. “Sometimes you gotta go backwards to start over”, he answers to a young man asking him if he’s back to relive the glory days.

The upcoming episodes of the criminal drama series find him in a labyrinth of criminality after helping out Ray’s ex-addict younger brother.

The toughest challenge yet awaits for him, as police, a Fortune 500 company and the Federal government itself are on his trace.

Season 4 of Rogue, starring also Ashley Greene as Mia Rochlan, who is determined to get revenge over Ethan for him double-crossing her (and aims at his head from the distance – as we can see in the trailer), is slated to premiere on March 22, at 9pm ET/PT.

The song used in the trailer is the 2016 single “Collider” of the American rock band X Ambassadors & Tom Morello.