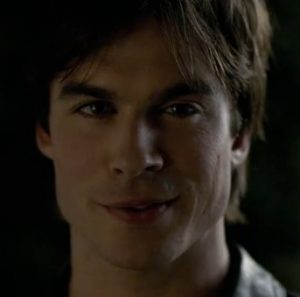 The CW has released a teaser trailer for the series finale of The Vampire Diaries, scheduled to air on Friday, March 10, at 8pm.

The 10-second promo shows Nina Dobrev’s return, who played protagonist Elena Gilbert until the end of the sixth season. She asks “What happened? Why am I here right now?”, trying to understand the reason why she’s awake. For those who know, Elena’s life was tied to Bonnie’s in such a way that as long as Bonnie’s alive, she would remain asleep, hidden away in a coffin.

Co-creator Julie Plec, who has written the series finale together with Kevin Williamson, titling it “I Was Feeling Epic”, said she was thrilled to bring this show to an end the way they’ve always intended and that Nina Dobrev is back for the farewell episode, which promises to be “truly epic”.

The song used in the teaser trailer is the 2015 single “Dream” of the American rock band Imagine Dragons, from its “Smoke + Mirrors” album.