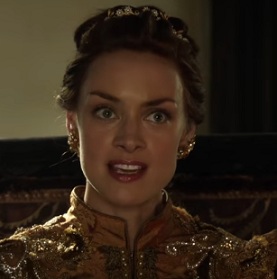 The CW has released a trailer for the upcoming episode of Reign, the hit historical fantasy series about the early exploits of Mary Stuart, Queen of Scotland, during her early years living in France.

The TV show created by Laurie McCarthy and Stephanie Sengupta, airing on Fridays at 9/8c, revolves around the Queen and the challenges she must deal with, but follows also the affairs of her handmaidens Kenna, Aylee, Lola, and Greer, who are searching for husbands of their own at French Court.

The fourth season of the series, which is also the final one, consisting of 16 episodes, premiered on February 10, and two episodes aired so far. The upcoming episode, titled “Leaps of Faith”, comes with new surprises, love and deception: Mary gets a marriage proposal, but we also learn that “as long as Mary lives, she will always be a target”.

The song used in the trailer is “King and Queen” by Lee Richardson & Jonathan Murill & Tom Ford.