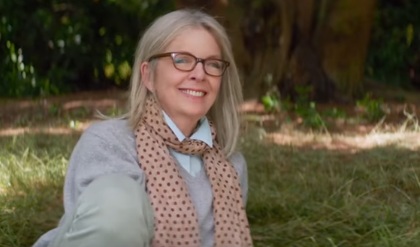 Diane Keaton is a widow who finds unexpected love in the upcoming comedy drama film Hampstead, scheduled to hit theaters on June 23.

The film, based on a true story and directed by Joel Hopkins, is set in London and follows American widow Emily Walters as she forms a deep bond with Donald, an unkempt man living wild on Hampstead Heath, who changes completely the way she looks at life, and makes her fall in love again. When Donald’s home becomes the target of property developers, who start using all kind of tactics to remove him, their relationship becomes stronger.

The song used in the trailer is “New Day” by Jackson Eppley.