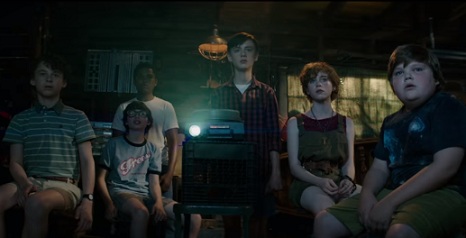 Warner Bros. has released a teaser trailer for the upcoming horror film “IT”, based on Stephen King’s 1986 popular novel of the same name.

Directed by Andrés Muschietti, the film revolves around young boy Bill and a group of peers (including clean freak Stan, hypochondriac Eddie, history lover Mike, tomboy Beverly, overweight Ben, and loudmouth Richie) living in the town of Derry, Maine, known as Losers’ Club, who try to stop the evil clown Pennywise from killing children. The latter, that appears every 30 years taking the shape of one’s worst fears and lurks in the underground sewer system, has been killing youngsters for centuries.