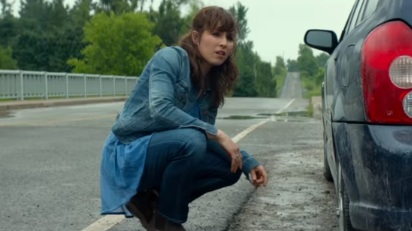 From the producer of American Sniper and director of Secretary, Steven Shainberg, comes, this spring, the thriller Rupture.

The film revolves around Renee Morgan, a single mother who tries to break free from the mysterious organization that has abducted her to use her as a guinea pig in an experiment. When learning that her life is at risk, she starts doing everything she can to leave that place and get back to her son safe and sound.

The trailer, released with the message that “to survive you must learn what you’re made of”, doesn’t reveal much of the plot summary, promising viewers a pulse racing experience.

We see Renee’s character being kidnapped by two men and her trying to escape from the lab she’s being help captive and used in all kind of experiments, some of them including spiders (when she’s afraid of spiders).