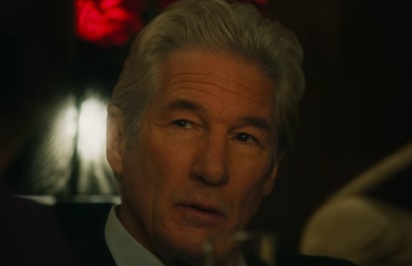 Richard Gere returns to the silver screen as a politician in the upcoming psychological thriller film The Dinner, scheduled to be released this spring.

Based on Herman Koch’s novel of the same name, written and directed by Oren Moverman, the film follows two estranged brothers, Stan and Paul Lohman, and their wives, as they meet in a fancy restaurant for dinner and struggle to make the best decision with regard to their 16-year-old sons, who committed an horrific crime that has shocked the country. “How far would you go to protect your family?” – is the question raised in the trailer, featuring scenes of the two families dealing with this critical issue, which affects all their lives.

The film, starring also Steve Coogan, Rebecca Hall, Laura Linney, Chloë Sevigny, Michael Chernus, Charlie Plummer, and others, had its world premiere at the Berlin International Film Festival on February 10 and is scheduled to hit the US theaters on May 5.