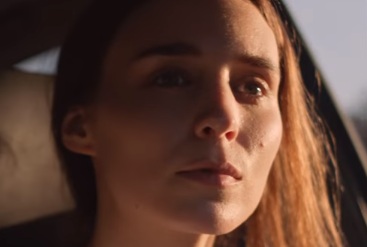 This year, we will get to see Rooney Mara a lot on the silver screen, as she stars in three movies: Song to Song, The Discovery and A Ghost Story.

The trailer for the latter, a drama film written and directed by David Lowery, which was this year’s Sundance sensation, has just been released, set to the rhythms of “I Get Overwhelmed” by Dallas-based band Dark Rooms, fronted by Daniel Hart.

The American 31-year-old actress inhabits the character of a young woman whose husband, played by Casey Affleck, dies and haunts the house they’ve been living together, shrouded in a sheet with holes in it. The spectral figure the man has turned into, fated to remain on Earth and witness the grief of the woman he so much loved, interacts only with time as it hurtles further and further forward, making the remnants of his humanity disappearing.

The film, starring also McColm Sephas Jr., Grover Coulson, Kenneisha Thompson, Barlow Jacobs, and Liz Cardenas Franke, tackles with death “We build aour legacy piece by piece and maybe the whole world will remember you or maybe just a couple of people, but you do what you can to make sure you’re still around after you’re gone”, we can hear Affleck saying at the end of the trailer, which doesn’t reveal much of the plot summary, giving viewers a glimpse into the world of a man’s afterlife.

A Ghost Story is scheduled to be released in select theaters on July 7.