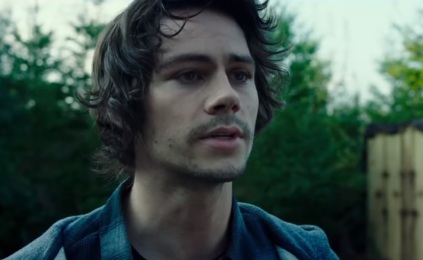 Dylan O’Brien is Mitch Rapp in the upcoming thriller American Assassin, based on Vince Flynn’s 2010 novel of the same name.

Directed by Michael Cuesta, the film follows Rapp, a CIA black ops recruit, as he undertakes a special training with Cold War veteran Stan Hurley (Michael Keaton) to thwart terrorist operations (after his fiancee died in a terrorist attack) and investigates, together with him, a wave of seemingly random attacks on military and civilian targets. Subsequently, the two join their forces with a Turkish agent to stop a mysterious operative intent on starting a world war in the Middle East.

The first trailer for the film, set to the rythms of “The Answer (Trentemøller Remix)” by Unkle feat. Big in Japan, starts with a discussion between Rapp and the CIA Deputy Director Irene Kennedy, revealing his past, his fiancee’s death following a terrorist attack and his motivation to kill terrorists, and continues with scenes featuring his encounter with Hurley, their first conversation, the training he undergoes, and the battles he leads.