2017 Movies: Maigret’s Night At The Crossroads 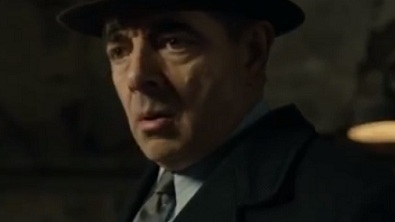 Maigret’s Night At The Crossroads

Rowan Atkinson returns as the French detective Maigret in the upcoming film of the acclaimed series, titled Night at the Crossroads and set to air on ITV, this Easter.

The new case sees Maigret trying to solve the murder case of a diamond jewellwer, at a crossroads in rural France, where everyone has something to hide.

The promo released by ITV, carrying the message “One murder raises many questions”, features Atkinson asking questions to people during the investigation. “Why in the front seat and not the booth?”, “Why do you lock up your sister?”, “What is the name of your family estate?”, “What’s the main reason for people to get angry?”, “Did you know who the dead man was?” – are some of Maigret’s questions.

Simenon, considered one of the greatest writers of the 20th century, wrote seventy-five Maigret novels and sold around a billion books worldwide. Besides “Night At The Crossroads”, ITV has commissioned also “Maigret in Montmartre”.