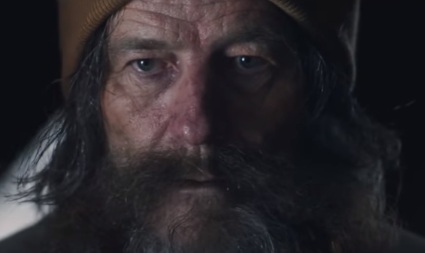 The trailer for the upcoming comedy drama film Wakefield, starring Bryan Cranston and Jennifer Garner, has been released.

Written and directed by Robin Swicord, the film revolves around a New York City lawyer who, after a mental breakdown, leaves his wife and kids with no warning and hides in the attic of his home for weeks, watching his family from the distance.

“Suburban life. So much is the same. Week after week. Who hasn’t had the impulse to put their life on hold for a moment, just vanish completely?”, asks Cranston’s character, named Howard Wakefield, at the beginning of the trailer. He is shown how, after getting back from work one evening, instead of going home, he goes in the attic and decides to remain there, declining his wife’s phone calls. He anticipates her next actions (she would call at his office, she would then announce the police that he’s missing), but not also the ones from a farther future, such as her continuing her life with another man. He asks himself how far he is willing to let this go and, while he’s imagining his return at the wake his wife is having at home, making everyone drop their glasses, he keeps staying in the attic, turning into a totally different man.

“I left myself. Unshackled. I will become the Howard Wakefield I was meant to be”, he says at the end of the trailer, whose soundtrack music is “Clair de lune”, the most famous movement of Claude Debussy’s Suite Bergamasque.

The film, starring also Victoria Bruno, Ian Anthony Dale, Jason O’Mara, Ellery Sprayberry and Beverly D’Angelo, had its world premiere at the 2016 Telluride Film Festival, and is scheduled for a limited released on May 19, before being released through VOD on May 26.