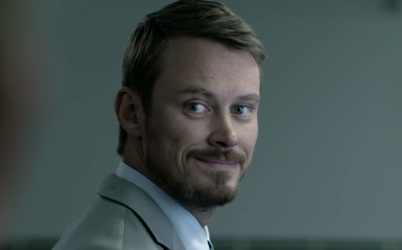 Patriot is a comedy drama series revolving around intelligence officer John Tavner (Michael Dorman), who assumes a non-official cover as an engineer at a Midwestern industrial piping firm in order to forgo all safety nets to prevent Iran from going nuclear.

The TV show created by Steve Conrad and produced by Amazon Studios for Amazon Video, stars also Terry O’Quinn,
Kurtwood Smith, Aliette Opheim, Kathleen Munroe, Tony Fitzpatrick, Julian Richings and others. The pilot debuted in November 2015 and other nine episodes of the first season have been released on February 24, this year.

The trailer features Dorman’s character, John Tavner, in the toilet of a company, asking a stranger to pee in the recipient he received for the urine test he must pass as part of the recruitment process. In his attempt to convince the man to give him his pee, he says that not only him, but also the country needs this. “The USA needs my pee?”, asks the man, who decides, eventually, to give Tavner his pee. We also see Tavner being asked to take a bag full of money to Luxembourg and, despite of him being aware that “it’s never as easy as that”, he does it.

Carrying the message “Unlikely hero, unlucky spy”, the trailer ends with Tavner pushing a candidate for the same position at the respective company, who said the interview went great, in front of a truck.

The song playing in the background is “Sainta Preservus” by American musician Andrew Bird, from his 2016 album “Are You Serious”.