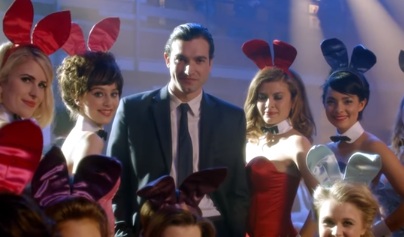 Amazon Video has released a teaser trailer for its upcoming original docuseries, American Playboy, about Playboy magazine’s founder, Hugh Hefner, and his impact on global culture.

The short promo reveals that the series is told from Hefner’s perspective and includes never-before-seen footage from his private archive. “I’m Hugh Hefner. You might think you know all about me: the magazine, parties, the women. But you don’t know the Hefner”, says Hefner at the beginning of the teaser, ending with him saying “This is my story. Or at least how I remember it”.

The 10-part series, now available to stream on Amazon Prime, starring New Zealand actor Matt Whelan as Hefner in reenactments, chronicles Hefner’s life, including his relationship with Martin Luther King Jr. and his struggle with drug addiction, and how he turned a $600 personal investment into the Playboy brand, covering the creation of the company from start to finish.