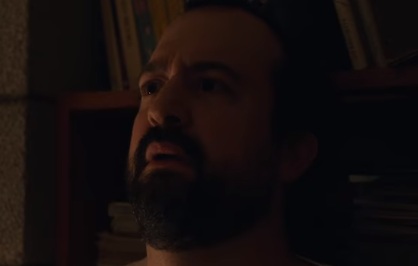 The trailer for the upcoming comedy horror film Another Evil, written and directed by Carson D. Mell, has been released.

The movie follows Dan and his wife Mary, who believe their vacation house is haunted and consult an exorcist for helping them get rid of the ghosts. Dan hires, without Mary knowing, a “ghost assassin” named Os, who promises him to exorcise the “Evil Fully Determined” entities in his home, but in the process the two men, who spend a few days in the respective house, realize this isn’t as simple as it seems.

The trailer, carrying the message “There are some things more terrifying than ghosts”, features Dan’s struggle to get rid of the ghosts haunting his vacation house and to put an end to his endeavor when Os proves to be different than he had imagined. “Where can you hide when the terror moves in and won’t go away?” – is the question appearing on screen, while we get a glimpse of Os’s deviant behavior, pretending to be treated like a friend and saying that he won’t “abandon” his post.