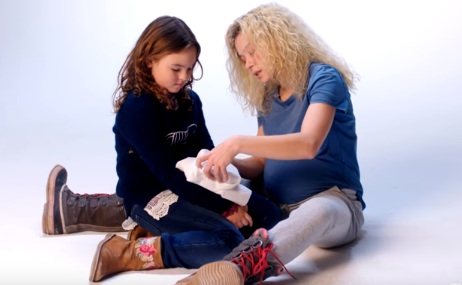 BBC America has released the trailer for the fifth and final season of Orphan Black, set to premiere on June 10.

The Peabody Award-winning series, revolving around Sarah Manning, a street-wise woman who, after witnessing, on a train platform, the suicide of a woman looking just like her, Beth Childs, steals her identity in order to start a new life. She discovers that the Beth was a cop caught in the middle of a deadly conspiracy, and now she become a target. Sarah must use her skills to stay alive and reunite with her daughter, Kira.

The clone sisterhood has been through it all together and remained united in their love and mission to keep each other safe at all costs. They have sacrificed their families, their loves of their lives, and any true sense of normalcy, all for the chance to liberate themselves from forces much bigger than any one of them. This season, they must all fight for the family they’ve chosen, for a new future and ultimately, for freedom.

“From the very start, they hunted us. Controlled us. Used us. Betrayed us. But they could not break us. Cause we found each other. We came to love each other. Joined together and vowed to protect each other. Now we fight. We decide our destinies to control our bodies, to love whom we choose, live our lives. Now we fight. For my babies. For my sisters. For the family we’ve chosen. For our freedom. Together we fight with everything we’ve got and everything to lose. For a new future. Together we fight until the end. Together we are one.” – say the clones in the trailer.