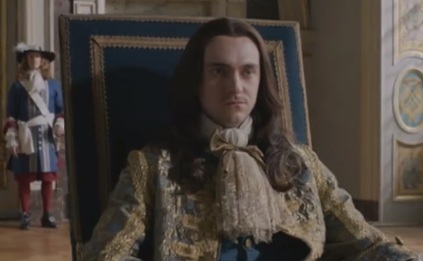 Versailles returned to BBC Two with its second season and new challenges for the Sun King, living in an intoxicating world of secrets, betrayals, love and war.

The period drama series, set during the construction of the Palace of Versailles, chronicles the decadent and turbulent early reign of Louis XIV, who imposed to the nobility a definitive move of the court from Paris to Versailles, his father’s former hunting lodge.

In the season 2, which premiered on April 21, Madame de Montespan exercises her influence at every opportunity, Philippe must meet his new bride, while another victim of poisoning confounds Marchal, and Princess Palatine must deal with the cool welcome that awaits her in the palace salons and her new husband’s bed.

“You are the cream of the French aristocracy. When I look at you, I see corruption, darkness, temptation, greed, murder. I built these walls to protect myself. Now I find a greater danger lies within.” – says the king Louois XIV in the trailer for the new season.

The series, which has been renewed for a third season, airs on Fridays, from 9pm.

The song used in the trailer is Cry Me A River by Michael Bublé.