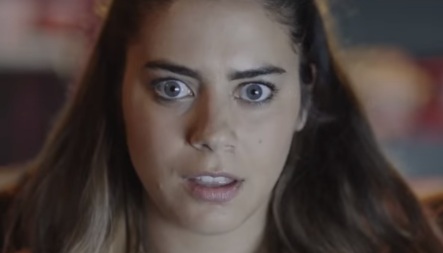 Hulu has released the trailer for its upcoming sci-fi drama anthology series Dimension 404, which explores the wonders and terrors of our digital age.

“This is gonna suck”, says Patton Oswalt at the beginning of the trailer, as he gets ready to watch something at the cinema.

“Warning! Your connection to reality is suddenly quit. Now reconnecting. In the darkest depths of cyberspace, there is a lost dimension, home to wonders unseen, terrors nspeakable, and stories unlike any ever told. Do not click back. Do not reload. You have reconnected to Dimension 404.”, says the voiceover, while on screen we can see horror scenes, but also humorous ones.

Dimension 404 will premiere on the streaming service on April 4.