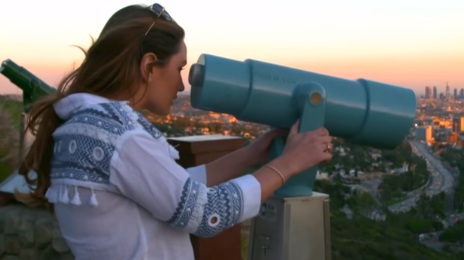 Sam Faiers is back and is living the dream. The ITVBe’s reality series Sam Faiers: The Mummy Diaries returned, on April 12, with its second season, and you are invited to join the Faiers family every step of the way, both home and away.

The trailer for the new season starts with an empowering message from Sam: “You have to dream big and you have to follow your dreams. You’ve got to do it, you’ve got to take the risk.” She, her husband and their son, Paul, are turning their dreams into reality – they’ve got a house near the beach in LA, where they’re up rooting – and they’re enjoying the time spent with the little one, who continues to hit major milestones.

The song playing in the background is “Change Your Life” by British girl pop group Little Mix, formed during the eighth series of the UK version of The X Factor, from their 2012 album “DNA”.

Sam Faiers’s reality series started with The Baby Diaries, which first aired in February 2016 and gave viewers a look into the former Towie star’s pregnancy and preparation for the birth of Paul (her first child), alongside her partner, Paul Knightley.