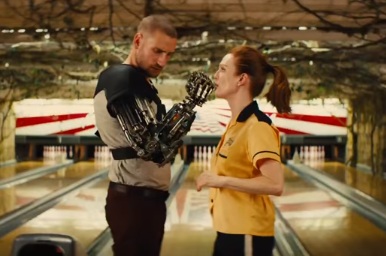 The film, a sequel to 2015 Kingsman: The Secret Service, that introduced the world to Kingsman, an independent, international intelligence agency operating at the highest level of discretion and aiming to keep the world safe, follows the Eggsy, Roxy and Merlin facing a new challenge. After their headquarters are destroyed and the world is held hostage, they discover the Kingsman’s American counterpart, called Statesman, and join their forces with its agents to defeat a ruthless common enemy, Poppy.

The clip dropped by the distribution company features an abruptly-changing montage of scenes, so, if those scenes aren’t watched as images, it’s almost impossible to understand something of the plot. One thing is sure: we can see Taron Egerton, Colin Firth, Mark Strong, Sophie Cookson, and Michael Caine, who reprise their roles from The Secret Service, and new cast additions, such as Channing Tatum, Halle Berry, Pedro Pascal, who will play secret agents for a Kingsman’s allied spy organization, and Julianne Moore, who will be playing the villain, Poppy, who is a member of the secret new world order group “The Golden Circle”, and rules a secret base in the mountains, which includes an amphitheater, a diner, and many more. There are also butterflies in the teaser, which seem to be a part of Poppy’s mysterious plan, and a set of vials full of serum, with the writing Poppy Pharmaceuticals on them, which also gives a hint to her devious intention.

The film is set to be released in the UK and the US this fall, on September 29.