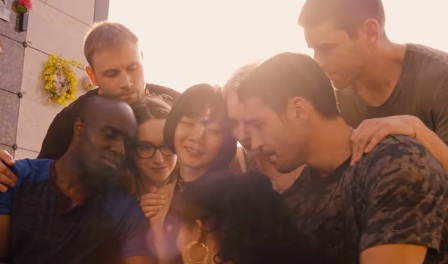 The sci-fi drama series Sense8 returns for its season 2 on May 5. Netflix has released the official trailer for the upcoming season, revealing that the cluster of eight characters mentally connected are still hunted down by BPO, the secret organization intended to kill them.

With their lives at risk, the Sensates discover clues to a powerful conspiracy and team up for a defiant new mission in the new 10 episodes.

“Rembrandt, his name is synonymous with masterpiece and this is arguably one of his greatest paintings” – says a man to Lito at the beginning of the trailer, which continues with his explanation: “an iconic work of individuals setting aside their differences for a common good. But what we see is not what people saw hundreds of years ago. How we see changes because our senses are evolving”.

The clip, carrying the message “We are all worth fighting for”, and declaring that Sensates are “a threat to secrecy”, ends with Nomi saying “As long as we’re together, I know that there’s nothing we can’t do” and all of them hugging each other.