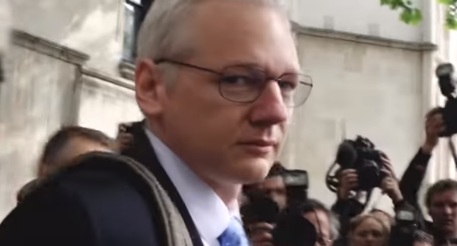 Showtime has released the official trailer for its upcoming documentary RISK, by Academy Award winner Laura Poitras,  about Julian Assange and those who surround him.

Filmed over six years including through the 2016 presidential election and up to the present moment, RISK tells the WikiLeaks story from the inside, from the perspective of a filmmaker that has been involved in the worlds of state surveillance and the cyberpunk movement, allowing viewers, thanks to unprecedented access, to understand the current era of massive leaks and the impact of the internet on global politics. This first-person geopolitical thriller is described as “a portrait of principles, power, betrayal, and sacrifice when the stakes could not be any higher”.

The trailer features Julian Assange in various moments of his life and the female narrator saying “This is not the film I thought I was making. I thought I could ignore the contradictions. I thought they were not part of the story. I was wrong. They were becoming the story.”. She adds that, when she got home, she found her apartment door opened and asks herself if she had forgotten to close it or it’s the way “they” are sending her a message, and reveals that sometimes she can’t believe what Julian has made her to film. The trailer features also James Comey, FBI Director, stating during a press conference held with reference to Russia’s involvement in the 2016 US elections that “the FBI is investigating the Russian Government’s efforts to interfere in the 2016 presidential elections”.

RISK will premiere on Showtime this summer and will be released theatrically nationwide by NEON.