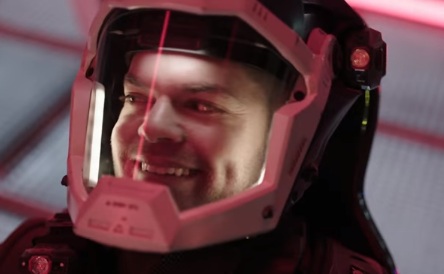 Syfy dropped a teaser for the third season of The Expanse, announcing that it will premiere in 2018.

Based on the international best-selling book series by James S.A. Corey and set 200 years in the future, in a colonized solar system, with tensions between Earth, Mars and the resource-rich Asteroid Belt heating up, the sci-fi action thriller series follows detective Joe Miller (Thomas Jane) and accidental ship captain James Holden (Steven Strait) as they unravel the single greatest conspiracy of all time while investigating the disappearance of a rich girl who became a political activist.

Described as the “best science fiction show in a decade” by NPR, The Expanse stars also Shohreh Aghdashloo as Chrisjen Avasarala, a master politician and maneuverer who has achieved one of the highest ranks in UN government and able to do anything to defend Earth, Dominique Tipper as Naomi Nagata, a self-educated Belter with multiple advanced degrees, Cas Anvar as Alex Kamal, a veteran of the Martian Navy and current pilot of the Rocinante, Wes Chatam as Amos Burton, the Mechanic on the Rocinante, and others.

“Fans of The Expanse, you asked for it (season 3), you got it.”, says the voiceover in the teaser, adding that The Expanse returns in 2018, without specifying the premiere date.