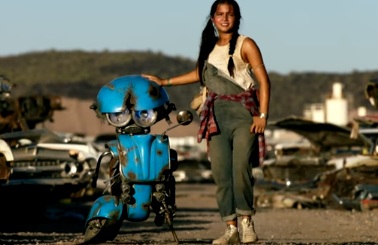 Paramount Pictures has released a sneak peak for the upcoming Transformers: The Last Knight, slated to be released this summer, on June 23.

Directed by Michael Bay, the film follows Humans and Transformers as they are at war, while Optimus Prime is gone.

The teaser features battle scenes seemingly taking place in the Middle Age, with medieval knights at war with each other and avoiding balls of flame, Mark Wahlberg, who reprises his role as Cade Yeager, barely being missed by balls of flame, and Sir Anthony Hopkins (playing astronomer and historian Sir Edmund Burton) saying something about “the secret history of Transformers”, that has been kept for “a thousand years”.

The full trailer will be released on Wednesday.

Transformers: The Last Knight, the fifth installment of the Transformers film series and a sequel to 2014’s Transformers: Age of Extinction, starring also Stanley Tucci, Tyrese Gibson, Josh Duhamel and John Turturo, marks the final film in the franchise directed by Bay.