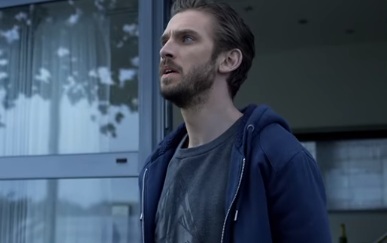 “This is the opportunity to explore impossible frontiers” – this is how the first teaser trailer for the upcoming sci-fi action thriller Kill Switch begins.

The film, marking the directorial debut of Tim Smit, a former Danish physicist and special effects supervisor that mixed first-person elements with more conventional techniques, stars Dan Stevens as pilot and physicist Will Porter, who tries to save his family and the world when an experiment intended to create unlimited energy using parallel universes goes wrong.

Stevens, once known for playing Matthew Crawley in the popular English period drama Downton Abbey, starred as the Beast in the new Beauty and the Beast, and as tortured mutant David on the FX series Legion.

Kill Switch, starring also Charity Wakefield, Berenice Marlohe and Tygo Gernandt, is slated for release on Ultra VOD on May 19. Later, on June 16, it will be released in select theaters and on regular VOD.