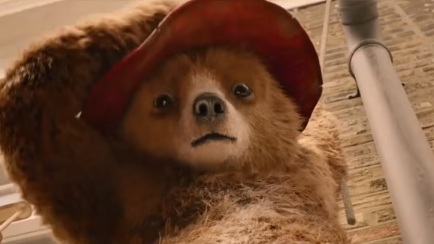 Paddington returns to the silver screen, ready to deal with new challenges, in the upcoming family-comedy film Paddington 2. “This fall, one small bear will scale new heights of adventure” – this is the message conveyed in the first trailer released today.

Directed by Paul King, the film, which is a follow-up to the hit 2014 film Paddington, follows the Peru marmalade-sandwich-munching bear, now a popular member of the local community in Windsor Gardens and happily settled with the Brown family, as he gets some odd jobs to earn money and buy the perfect present for his Aunt Lucy’s 100th birthday. When the gift, a rare pop-up book, is stolen, Paddington embarks on a mission to find it and get it back, helped, of course, by the Browns.

The film sees Ben Whishaw returning as the voice of Paddington, Hugh Bonneville and Sally Hawkins reprising
their roles as Henry and Mary Brown, Madeleine Harris and Samuel Joslin as the Browns kids, alongside Jim Broadbent, Julie Walters, Peter Capaldi, Madeleine Harris, Samuel Joslin, Ben Whishaw and Imelda Staunton, and new cast members, including Hugh Grant, who will be playing a faded and narcissistic actor, and Brendan Gleeson.