2017 Movies: The Mountain Between Us (Idris Elba, Kate Winslet) 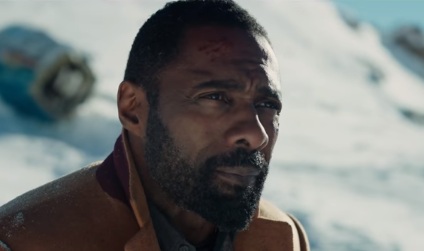 Idris Elba and Kate Winslet co-star as two strangers who become stranded in a snowy wilderness in the upcoming
survival drama film The Mountain Between Us, set to be released this fall.

Adapted from the 2010 novel of the same name by Charles Martin and directed by Hany Abu-Assad, the film follows
Ben Bass (Elba), a busy surgeon, and Ashley Knox, a photojournalist who’s about to get married, as they board
a charter plane which crashes on a remote snow covered mountain. The two, who have never met before in their lives, find themselves forced to work together to survive.

The trailer features Elba and Winslet as they get stranded and, after realizing that no one will find them, embark on a dangerous journey through the snowy wilderness. “I don’t want to die up here because you’re too scared to take a risk” – tells Winslet’s character to Elba’s one night, while discussing about their alternatives.

“We are all we’ve got. Me and you”, she says in another scene, filmed in a forest, during their journey. “We can go three days without food, three days without water, and three days without shelter.” – she also says, while a wild animal is shown walking through the snow, possibly lurking at them. “We might die together. And I don’t even know you” – is another line, also told by Winslet’s character, who’s shown, at the end of the trailer, falling into a frozen lake when Elba is not around.