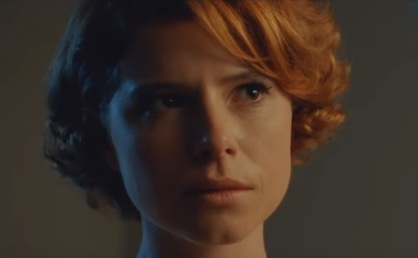 BBC has released a trailer featuring scenes from the films and series coming soon to the TV channel.

The clip takes viewers on a rollercoaster of emotions by giving them a glimpse into the stories that will unfold this year on the small screen: The Last Post (an upcoming six-part series, set in the mid-sixties in Aden, Yemen, and revolving around a unit of Royal Military Police officers and their families, scheduled to premiere on June 1), The Woman in White (a bold new adaptation of Wilkie Collins’ classic gothic novel, resulting in a mini-series starring Ben Hardy as Walter Hartright and Jessie Buckley as Marian Halcombe), Paula (an upcoming three-part mini-series starring Olivier Award-winning actress Denise Gough, about the fallout in a young Chemistry teacher’s life, after a one-night stand with a chancer), The Miniaturist (a BBC One adaptation of Jessie Burton novel of the same name), Top of the Lake: China Girl, Howards End, The City and The City, Broken, Doctor Who, Gunpowder, Hard Sun, McMafia, In The Dark, Man In An Orange Shirt, Doctor Foster, Rellik, Three Girls, Strike, Trust Me, Troy: Fall Of A City, Requiem, Kat & Alfie: Redwater, Babs, King Charles III, Love, Lies & Records, The A Word, Poldark, EastEnders, Peaky Blinders, The Child in Time, and Collateral.

The song used in the trailer is “What If” by Jessica Jean.