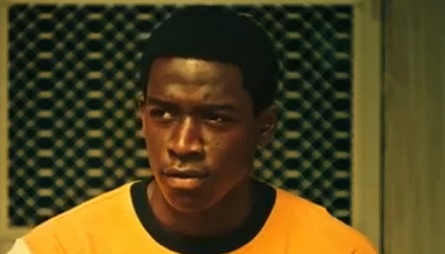 FX Network has dropped a 30-second promo for its upcoming crime drama series Snowfall, set to premiere on July 5.

The new TV show, created by John Singleton and initially set up at Showtime in 2014, focuses on the origins of the first crack cocaine epidemic, around 1983, in Los Angeles, and the impact it had on the culture of the city. Told from the perspective of a young boy from Compton, a CIA agent charged with running money to the Contras, and a Mexican wrestler, the series stars newcomer Damson Idris, Isaiah John, Sergio Peris-Mencheta, Carter Hudson, Emily Rios, Billy Magnussen, Andrew Howard, Amin Joseph, Tim Matheson, Camilla Banus, and others.

The short clip released by FX features Damson Idris, who’s playing Franklin Saint, sitting on a porch and looking at the crack he’s holding in the palm of his hand, before a few peers come join him. “This is how crack began” – is the onscreen line appearing at the end of the promo.

The song playing in the background is “It’s tricky” by American hip hop group Run-D.M.C. (acknowledged as one of the most influential acts in the history of hip hop culture), from their 1985 album “Jacknife Lee”.